Some time ago I noticed that the geographical situation of Luxembourg offers cyclists a tantalising challenge: four distinct countries in a single ride, a single day. I wonder where else in the world this is achievable? There is the northern option: Luxembourg, Belgium, Germany and then to touch into the Netherlands where it juts south between those latter two countries. A droplet of The Netherlands, delicately holding Maastricht Dutch.

It seems to me that that route, circular, would be at least 200 km and situated where I am, east of the capital, the southern option made much more sense: : so France replaced the Netherlands in the quadruple. So this plan had been at the back of my mind when I suddenly got two full sunny June days completely free of any responsibility of work or family. This was my chance to put twin ambitions to the test – the four-countries trip may also hit my 200k in a day target as well.

I therefore set off early from home on a sunny Saturday towards Remich hoping to cycle in 4 different countries in one day. 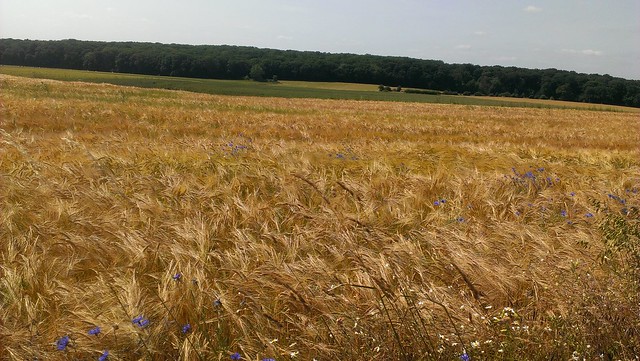 From Sandweiler I went the “back” way to Remich, it’s a long way around but lovely; Contern – Hassel – Filsdorf – Dalheim – Ellange then pick up the cycle route “Jangeli” down to Remich. We are spoilt over here in the east with these roads on which only cyclists, walkers and farm traffic can travel. This rather long-winded way covers a lot of these, and makes for wonderful stress-free riding.

Up above Contern there are some large cornfields, and they looked lovely that morning, a lot of bright blue cornflowers against the rich yellow of the corn. It’s up and down round here, and then at Ellange you join the fabulous PC7 “Jangli”, an old railway line that twists and turns its way through forests and vineyards, before eventually the steep descent into Remich. I never tire of this and it was particularly full of life and colour as they were holding the Iron Man – the competitors swim in the Moselle and cycle passed my friend’s house back in Moutfort; only the day before he was grumbling about his road being closed. 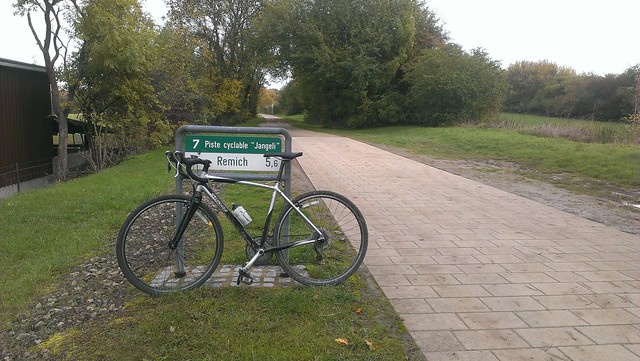 Now over the bridge and into Germany and the “Radweg” was busy: bikes, walkers, cars (!) but the Moselle lovely as always, a flash of blue as a Kingfisher dived swiftly in. I just adore riding alongside rivers and the paths along this one are excellent, an enjoyable ride south and into France – unannounced and unadorned with anything as prosaic as a sign-board. 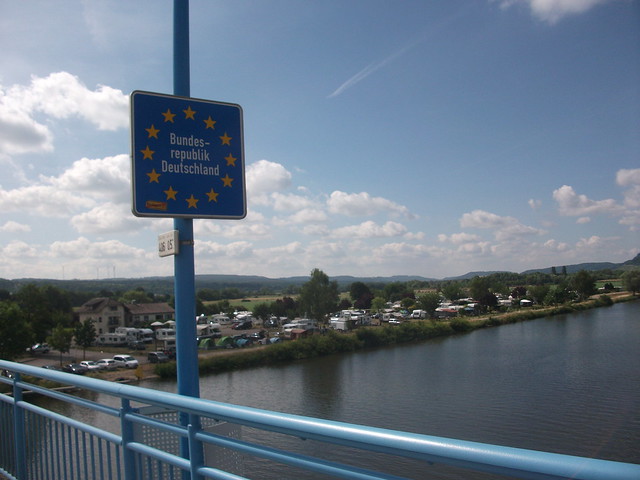 Sierck-les-Bains is a nice little town and I found a friendly little bakers where I had coffee and a croissant as well as a chat with a little lad on his V.T.T. He admired my bike. How odd it is that one’s heart swells with pride – after all, I didn’t conceive, design or make the thing; it was a sordid traction involving nothing more on my part than the presentation of the filthy lucre. 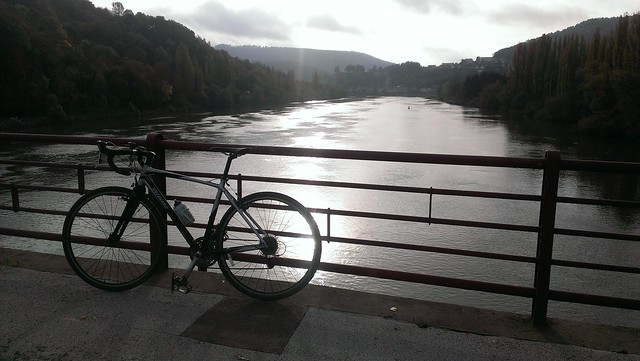 I followed the river deeper into France before heading north towards Mondorf, including a rather uninspiring long section on the straight main road. Here I couldn’t find anywhere to eat, so got a boxed salad which I devoured swiftly road-side. I also finally dealt with the slow puncture that had been bothering me since leaving the Moselle. Having put this job off it was in fact lovely sitting on a rock under a shady tree changing the tube. Surprisingly I couldn’t find a bike shop in Mondorf – the home of the Schlecks! 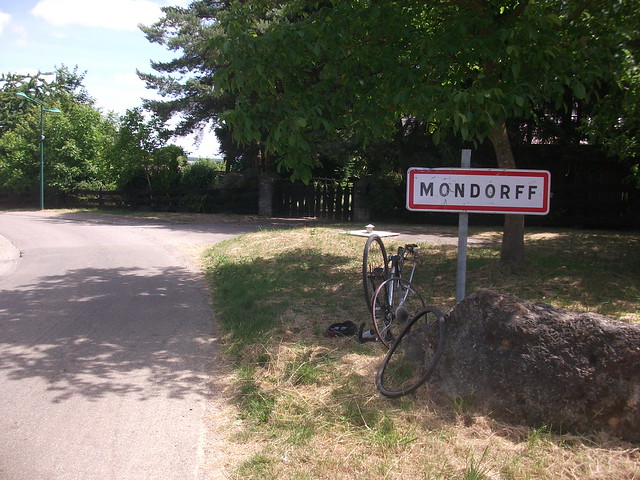 South of Mondorf there is a plethora of motor-free paths and also the alleged PC6 “Tres Cantons” – but finding your way is nigh on impossible. So various tracks and back-tracks and confusions, including a rickety old near-derelict wooden walkway to avoid a ford (deep water despite no rain in 3 weeks) and I finally got to Evrange, having passed what looked suspiciously like a cricket pitch, of all things. 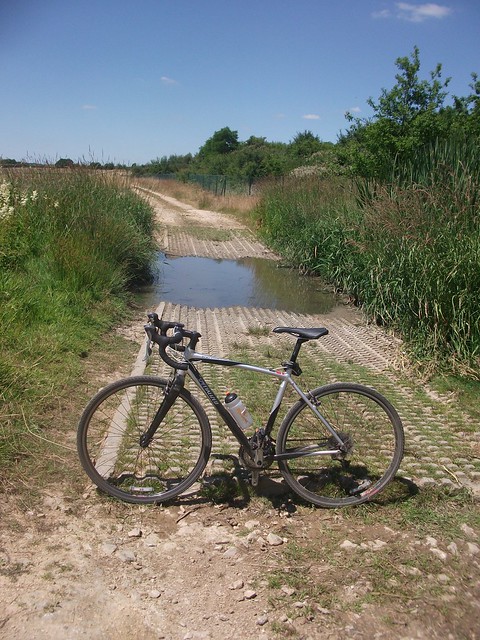 From here it was still tricky finding my way back to the Grand Duchy, actually riding along the border for some distance, before a hard right over the A13 and into Hellange. Now a long route lay ahead to reach the forth country, luckily there is some beautiful countryside on the way. Skating Bettembourg to the north I had decided now to head to Leudelange as I am familiar with the way west from there. 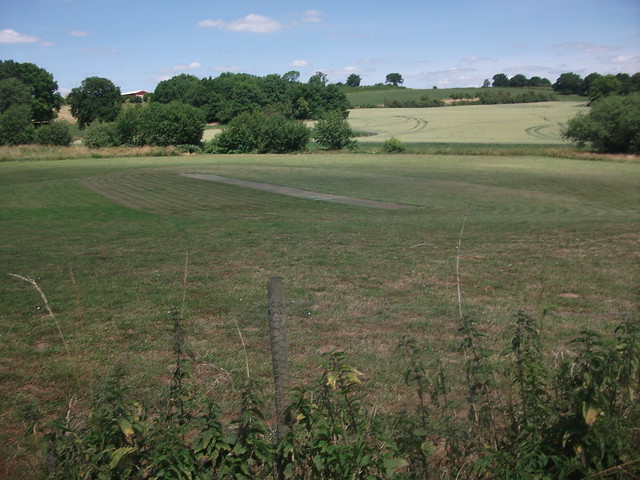 This whole east to west traverse of the country was done into the wind, a gentle wind, but I was tiring of it nonetheless. Taking the lovely northern branch of the PC9 “Faubourg Minier” you can view the whole of Luxembourg City laid out in front of you. And there – shimmering white and gleaming in the sun – the CargoLux Centre at Findel Airport – i.e. HOME! As I stopped to contemplate the view I found it strange to see my starting point from the other side of the country.

Sun still shining I stopped at the “Stuff” in Sanem for beer, croque monsieur and a bidon re-fill. From here via Bascharage, Clemency and coming off the (fabulous) PC12 “l’Attert” at Grass the giant unsightly box that is Ikea finally hove into view, heralding my fourth country of the day. Alas! – there was no sign welcoming me to Belgium, and none when I left either. 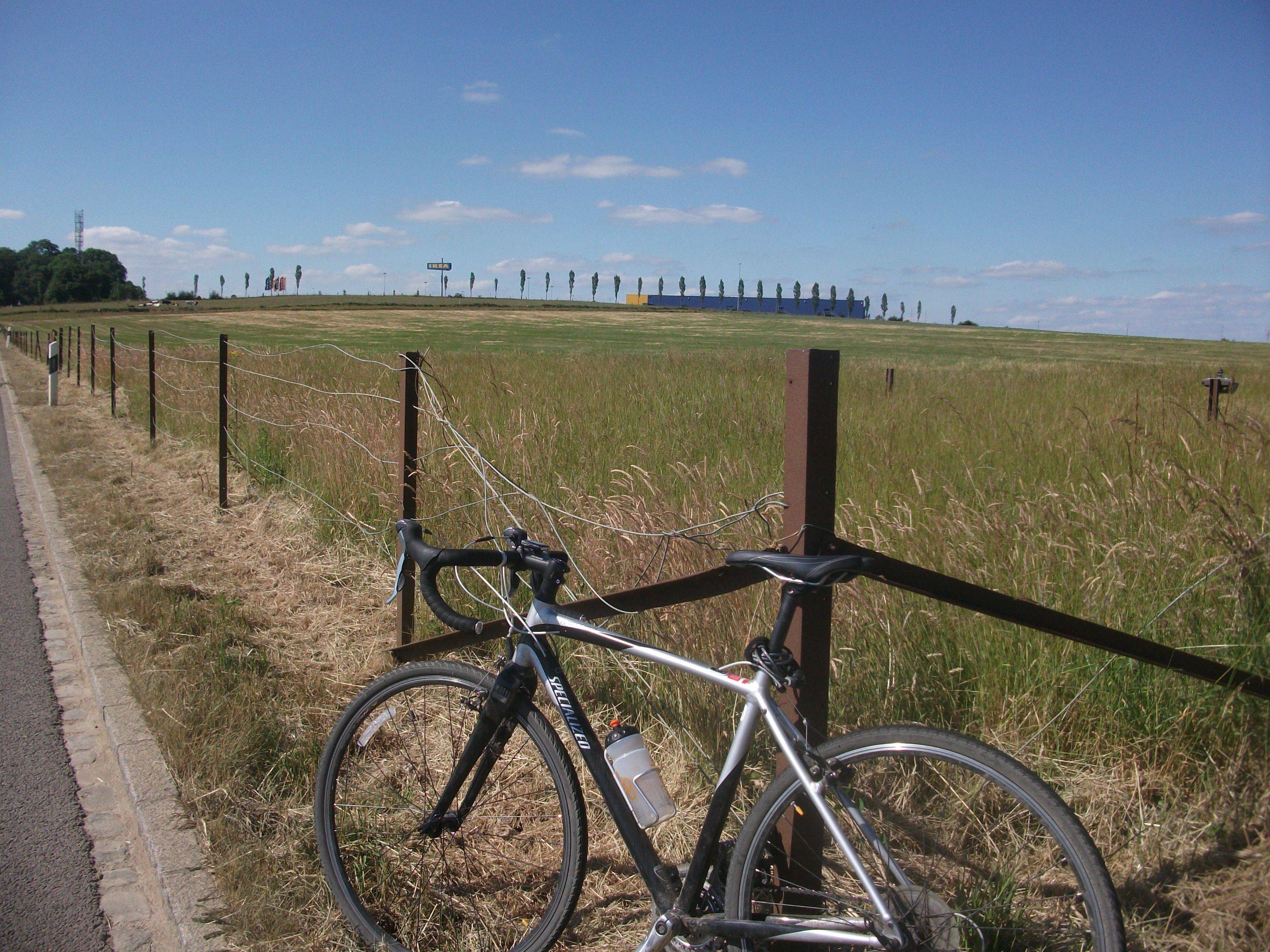 I do love cycling in Belgium and this quick 15 kilometres was no exception. I fear they have rather too high expectations of the World Cup (I hoped that they wouldn’t be too disappointed – although a couple of days later they beat Russia to qualify for the second round). Pretty much every house was decked in flags and signs supporting the national team. Crossing the busy E25 Hoek to Palermo European Route by the bridge you enter the last village in Belgium, Sterpenich, turn right and then back over the border to Kleinbettigen. 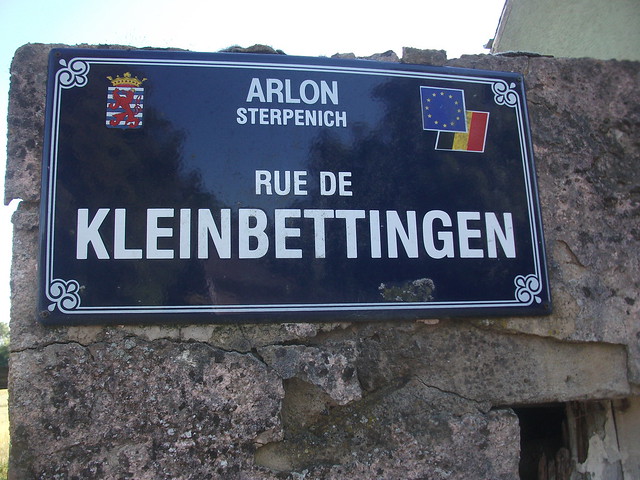 Tiring now I headed straight for the city, via Mamer, Bertrange and Merl, on cycle paths I know well from Lull Gillen, the absurdly excellent week of randonnées in early July. I stopped in the Independent Café on Roosevelt in the city for a quick beer. Enjoying a natter with a couple on a neighbouring table, we leisurely watched the preparations for National Day, the Grand Duke’s Official Birthday which was celebrated that evening. 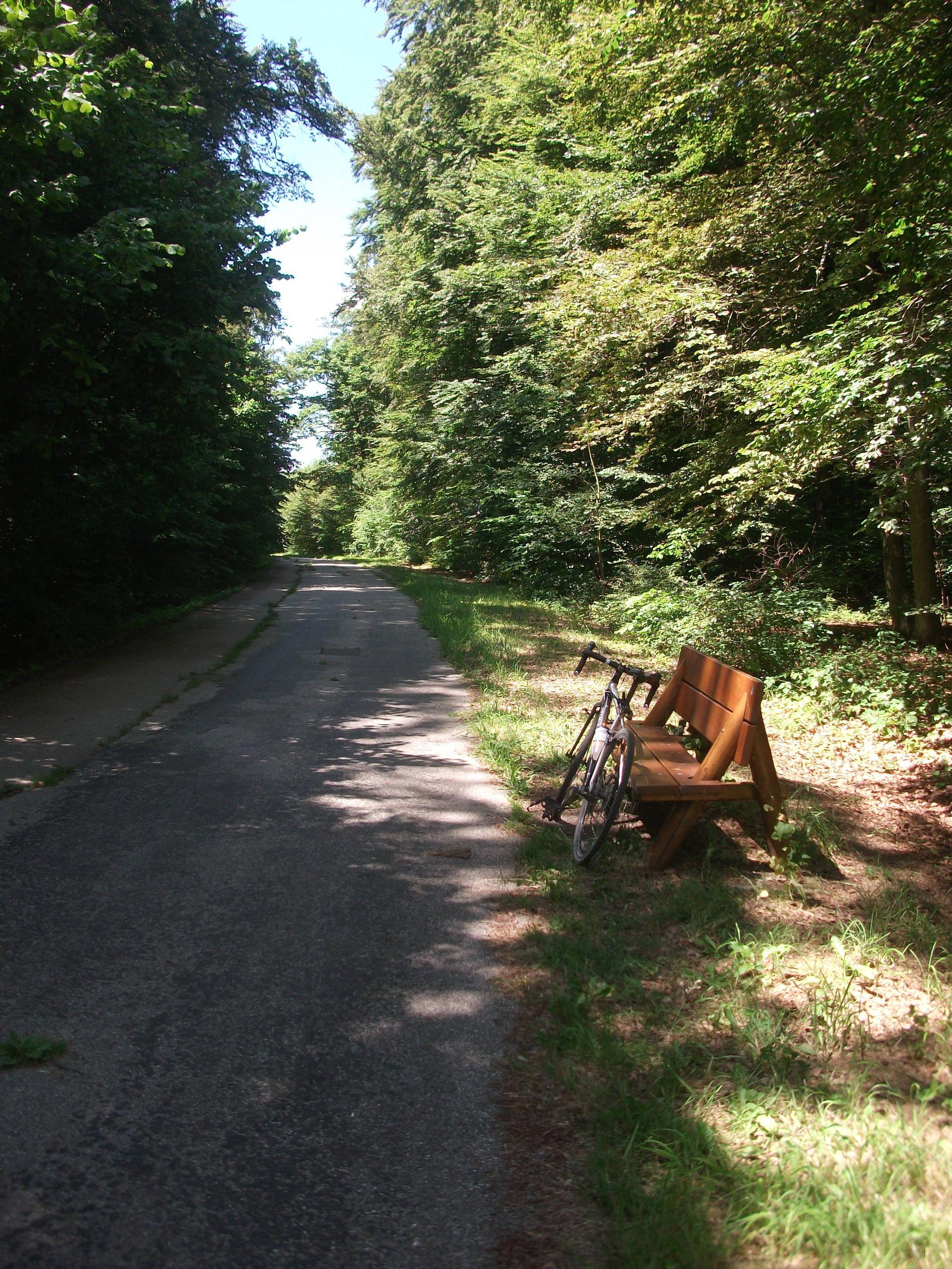 The Joys Of Traffic-Free Lanes

From the city I took my normal route home, still using that awful temporary metal cycle path on Bisserweg, across Avranches at the cycle traffic lights (infrastructure!), struggling up the brutal climb of Ierzewee – not what I needed with 145 km already in the legs! 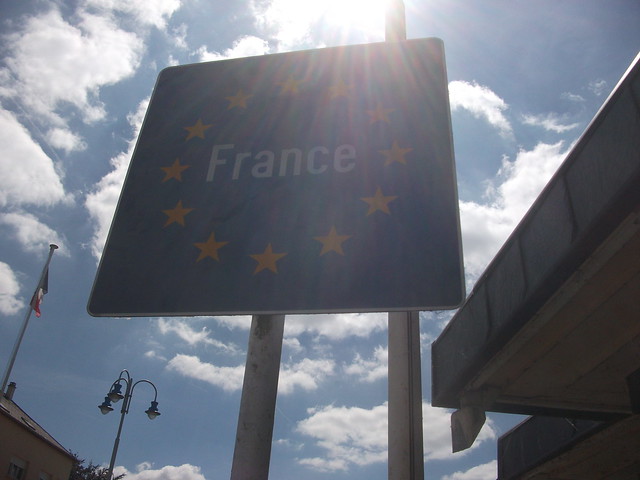 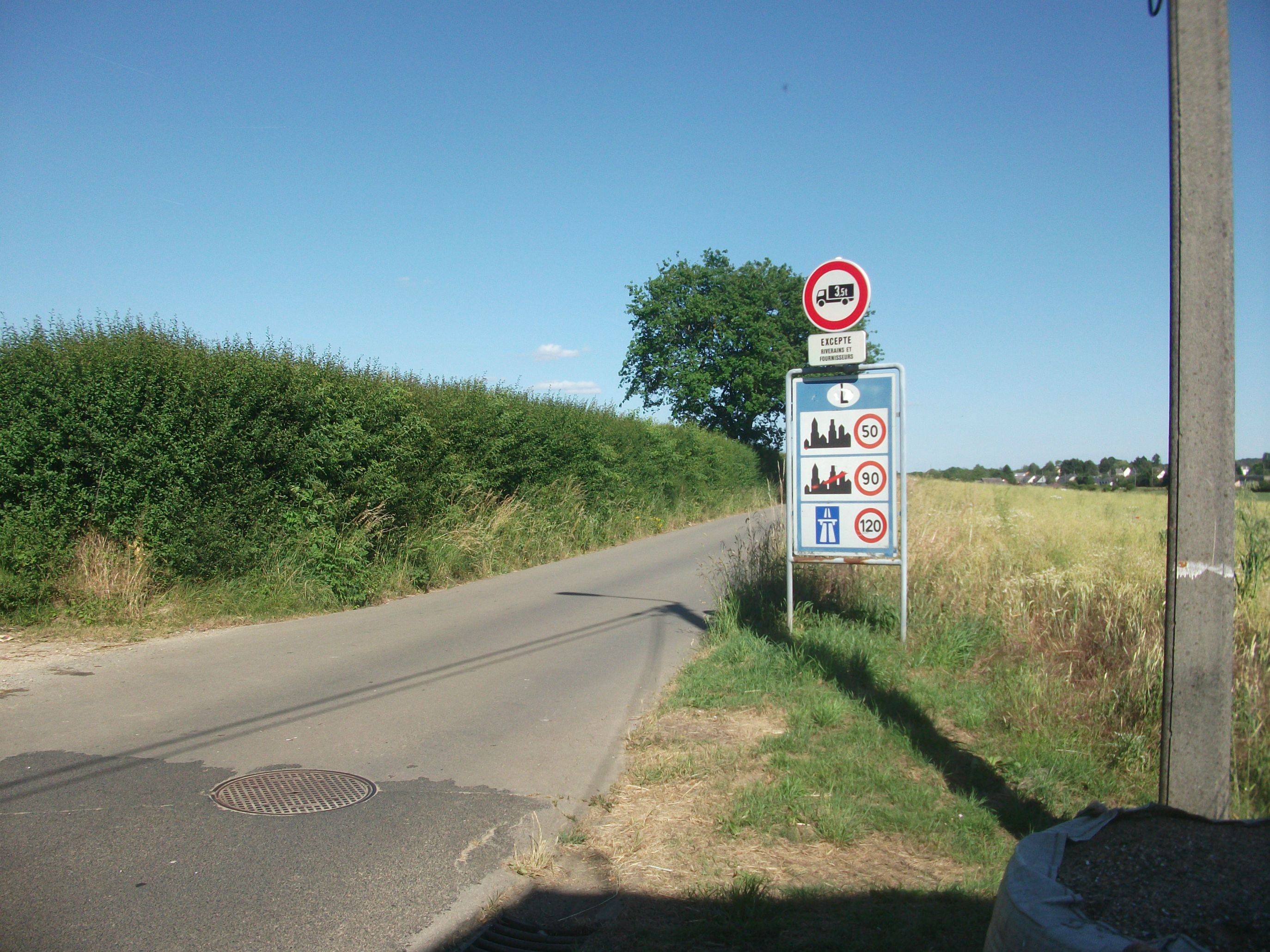 The Final Return to Luxembourg

Back at home I reflected upon the absurd “box-ticking” exercise that was the premise of this trip. In the end I was fifty kilometres short of the 200, but I had been in four different countries by bike in just one day. Yes I felt satisfied that I had this headline to show-off with, but the real news is just what wonderful, varied, safe and beautiful cycling opportunities we are blessed with here in (rural) Luxembourg – and, of course, not forgetting our neighbours. 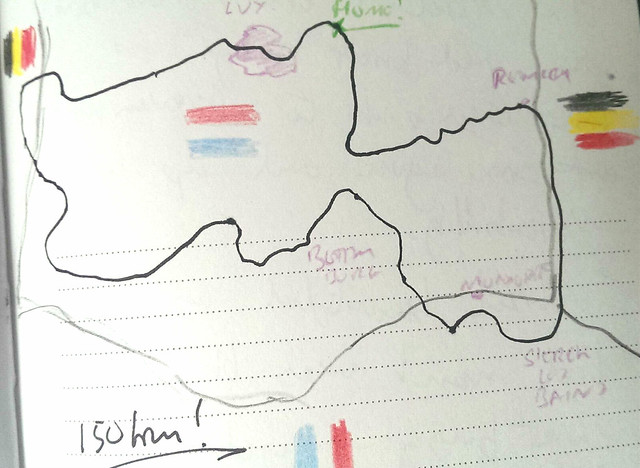 This is a quick sketch of the route, for proper detailed map click here