Have you ever ridden your bike in Luxembourg City? In this article I’ll try to dispel common fears and myths about urban cycling, and show that moving through the city by bicycle in fact has more advantages than driving a car.

Myth 1: Bikes in the shops are so expensive!

You don’t need a professional bike! A used bike in good condition will be enough at the beginning. On luxbazar.lu you can find many offers starting from €50. Don’t worry about the model – just try it and later on you can easily sell it and buy another one.

Myth 2: I don’t have time to bike the whole way

You can combine commuting by bike with public transport at no additional cost. Trains have special bike cars, usually the last one, while buses also have some space in the middle.

Myth 3: It will take ages to get there by bike!

In the city, where cars cannot gain high speed due to street lights, bikes can successfully compete with other vehicles. It takes 6 min to get from Hamilius to Gare Central by bike (3-4 min by bus) and 30 min from Kirchberg to the Gare (around 20 min by bus with all its stops, or longer in rush hour). You can check how long it takes you to get to your office/school, and then find the best way to combine cycling and public transport.

Myth 4: I will be tired when I arrive

The more you ride, the fitter you’ll become. Start with 1-2km every other day and in a couple of weeks you’ll be able to ride the entire way by bike without difficulty!

Myth 5: I cannot ride a bike in office clothes or a skirt

Yes you can! Your clothes won’t become dirty if you ride carefully, avoiding puddles. Skirts and high-heels are also not an issue. Normally your underwear is not visible when you’re on bike. Shoes with high-heels have enough flat surface for pedals. Try and check in which clothes you feel comfortable on your bike!

Myth 6: I can ride a bike only in the summer

There’s no bad weather, there’s only bad clothing. If it rains – put on a rain coat (in HEMA you can get a good one for €2). If it’s cold – put on more clothes. Upon arrival you can take off extra ones. One thing: when you start riding, your body heats up very quickly, and in 5 minutes you don’t feel so cold any more. Hard to believe when you’ve just left a warm building, but it’s true 🙂 The parts of the body that get the coldest are the hands and nose. Put on a scarf, two pairs of gloves and the problem is solved! 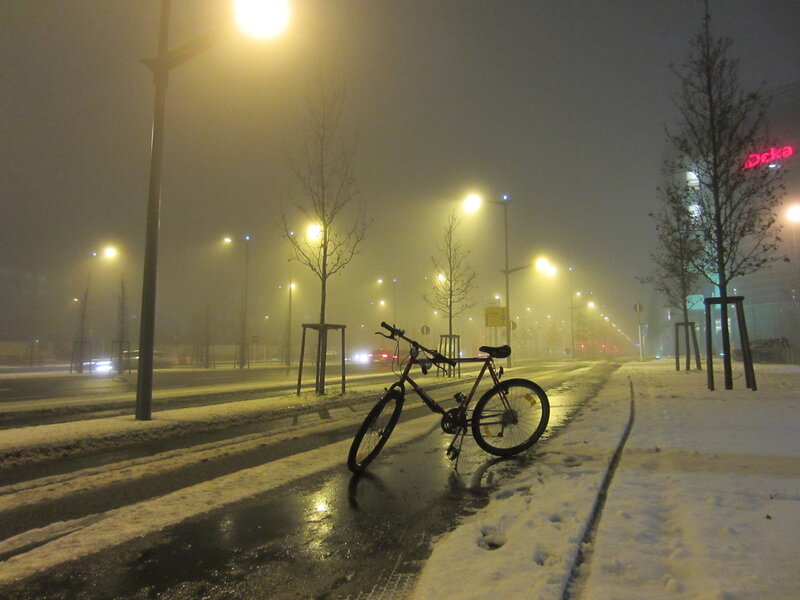 Myth 7: I can park only in special bike racks

You can leave your bike wherever you want as long as other vehicles and pedestrians have enough space to pass. If there’s no special bike parking nearby, you can lock your bike to a fence or to a streetlight post.

Myth 8: It’s dangerous to cycle together with cars

At the very beginning, if you’re not used to cycling in the city, you might feel unsafe. But the more experience you gain, the more confident you start feeling on the road. According to the law, a bicycle is considered as a means of transport. You can ride on the right side of the road, even if there’s no bike lane. Don’t listen to the drivers who say “go to the pavement!” – they are utterly wrong. Finally, drivers are not stupid, nobody wants to go to jail for killing a cyclist, remember that!

If you’re still not sure, you can try cycling in a group. B:Loft We here occasionally lead free rides in and out of the city, as do B:Loft.

Myth 9: What if my bike breaks?

Usually everything that happens to a bike can be fixed quite easily. It takes several minutes to glue a flat tire, seconds to fix a fallen chain. If you don’t know how to do it, visit a bike shop, or ask somebody. Once you join the cycling community, you’ll get to know keen cyclists and they will always help you 🙂

What else should I know about urban cycling?

Your bike has to be equipped with a bell and reflective elements on wheels (two for each wheel), as well as front and back reflectors. Lights are compulsory only when it’s dark or visibility on the road is less than 200m. A helmet is optional, but highly recommended. You can find all of these things, as well as a bike lock, in big supermarkets like Auchan or Cora, and also in HEMA. The equipment offered by bike shops is more expensive, but on the other hand the quality is better.

It is important to know what you’re allowed and not allowed to do on the road. Read the bike-related chapter of the road code. You can also check the city map with bike paths marked on it. 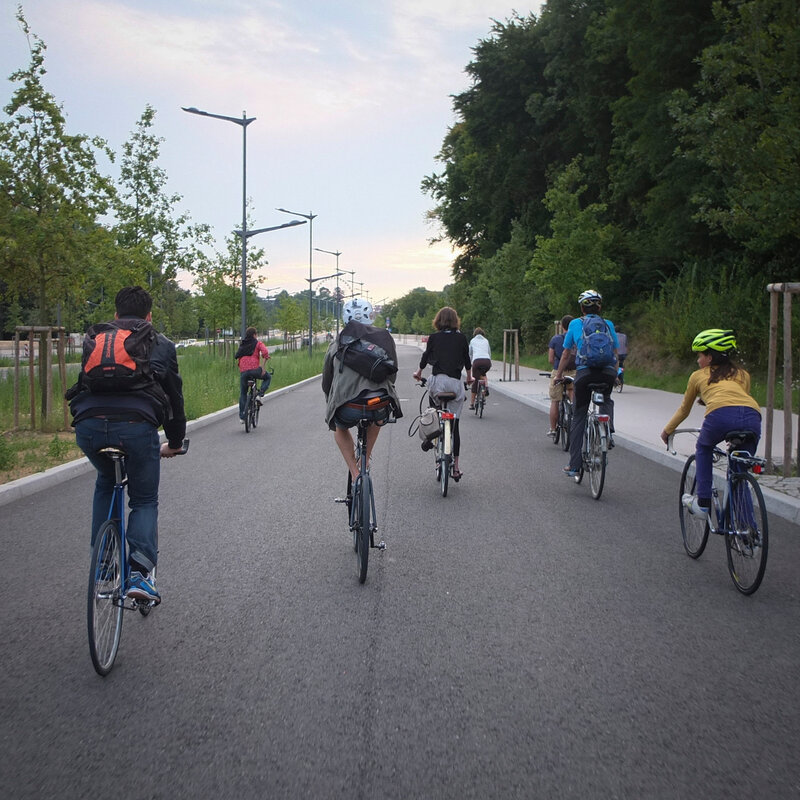 Urban cycling – it’s more than just commuting. It’s a lifestyle. We love our bikes, and we are always happy to help beginners with advice. I hope that now you see that riding a bike in the city is not so dangerous and not difficult at all. Just try it!