This trip was in my cycling plan already for a while, and a couple of days ago I spontaneously decided to do it. After going through my collection of maps, I found the one of the Lorraine region, checked trains for the next morning and set up my alarm clock.

My journey started at 6:30 am from Miersch railway station. So early, because that evening I had a harp lesson in the Conservatoire d’Esch, and before that I was supposed to bike 80 km. I bought a ticket from Bettembourg – Metz (which surprisingly was only €12.60) and took the train. 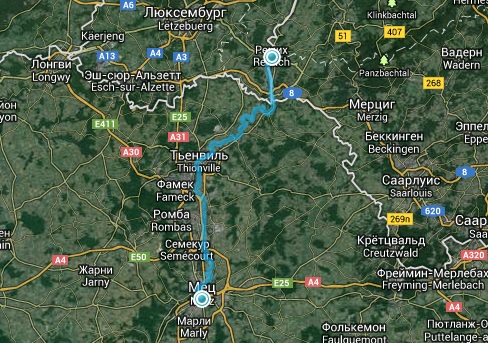 I woke up 3 min before my station, Metz-ville (which was good because the train proceeded to Nancy :)). It was 8 am. At the info centre of the Gare I got the map of the city and started cycling. Metz is a beautiful city, especially early in the morning, shortly after the dawn, when it’s still half-sleeping (eh, me too, at 8 o’clock :). I was looking for a place where I could drink a coffee, but didn’t find anything and just passed through the city. After 5 km I finally saw the beginning of the regional cycling path Le Chemin de la Moselle. 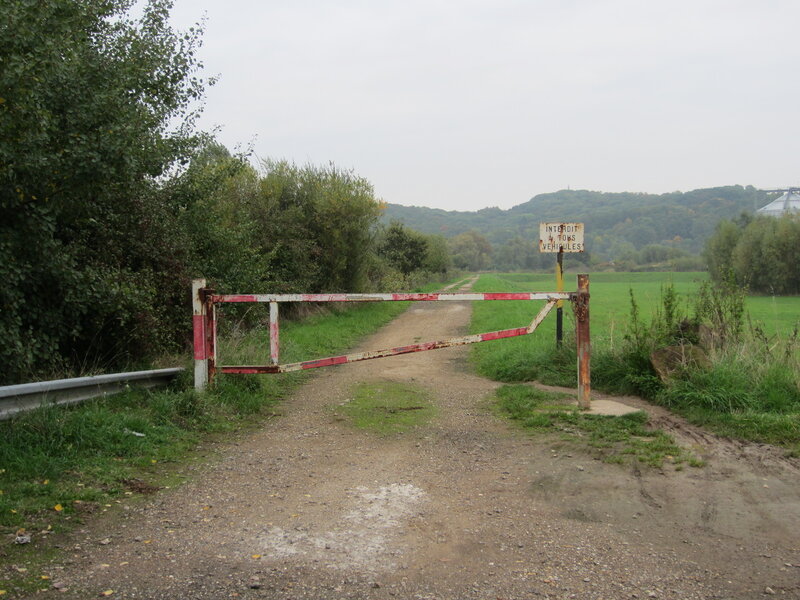 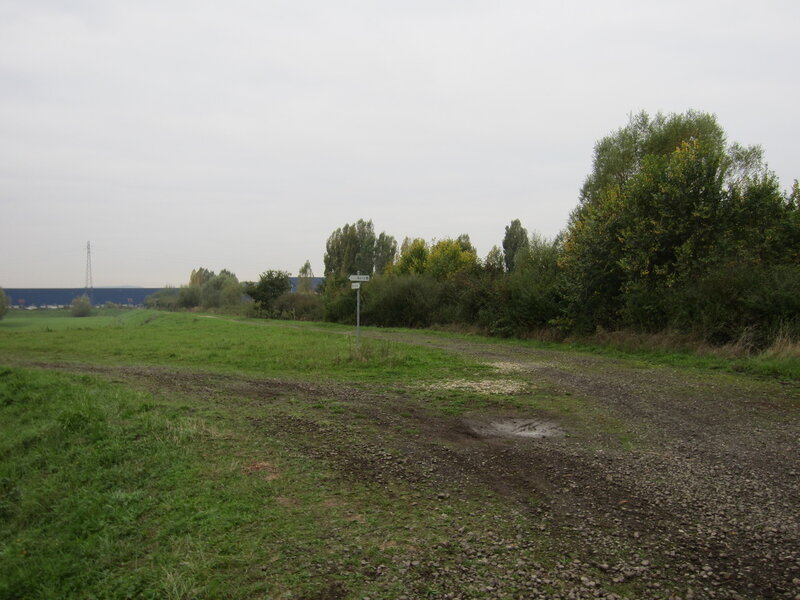 That’s what I actually saw there. Don’t worry, only the first 100 m were like this. Afterwards the normal bike lane surface with asphalt began. 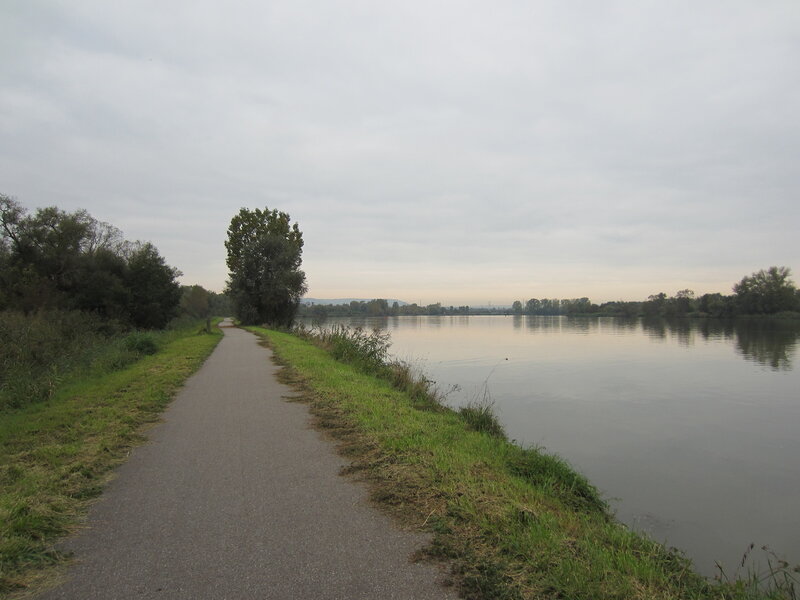 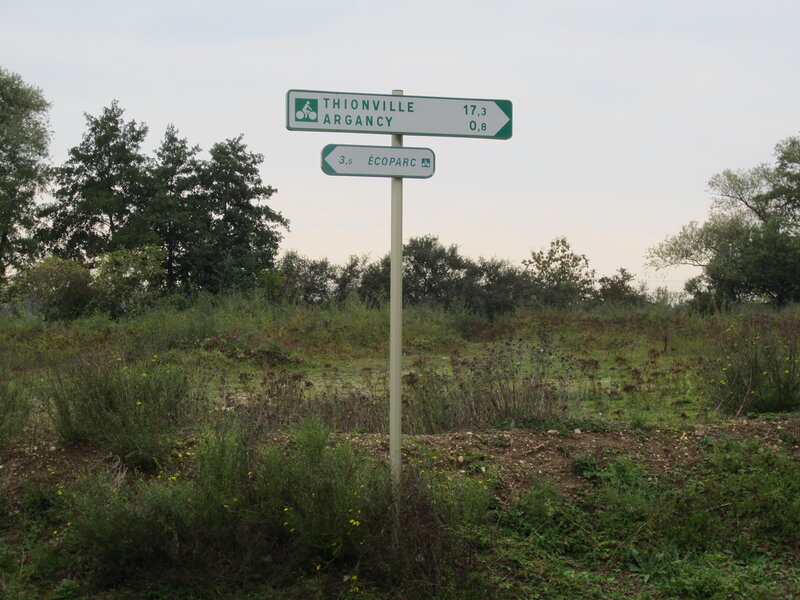 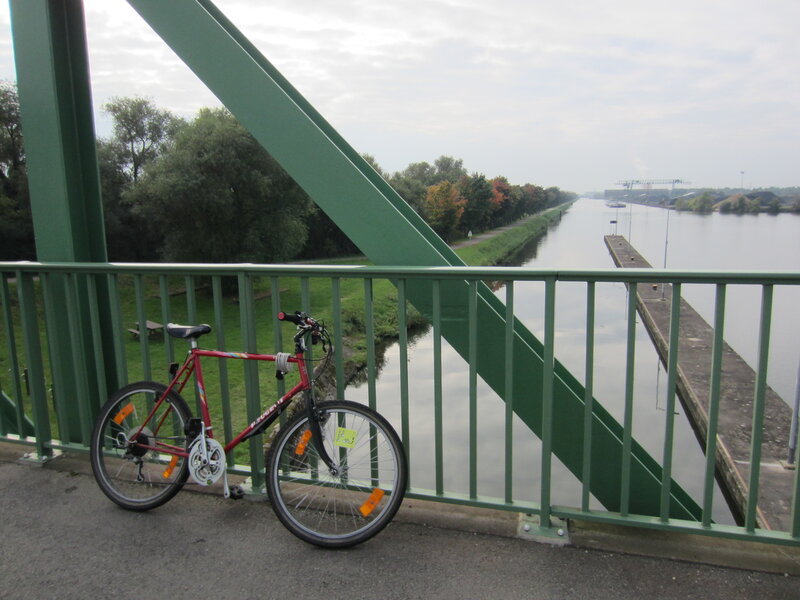 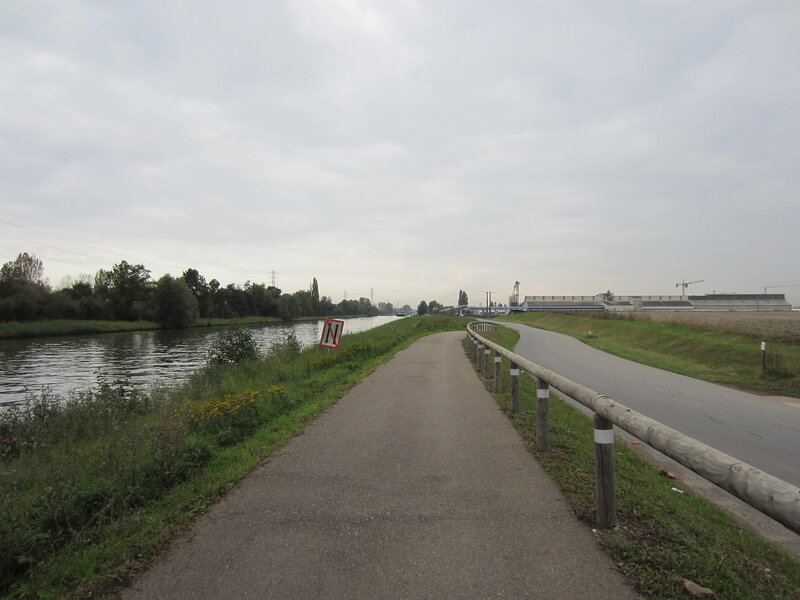 The cycling path mostly follows the Moselle river, but near Metz it isn’t sign-posted very well, so I had to ask local people the directions several times. The road was rather lonely – an industrial zone on the left hand and fields on the right. And no coffee. Does anyone want to buy an industrial zone, btw? 😉 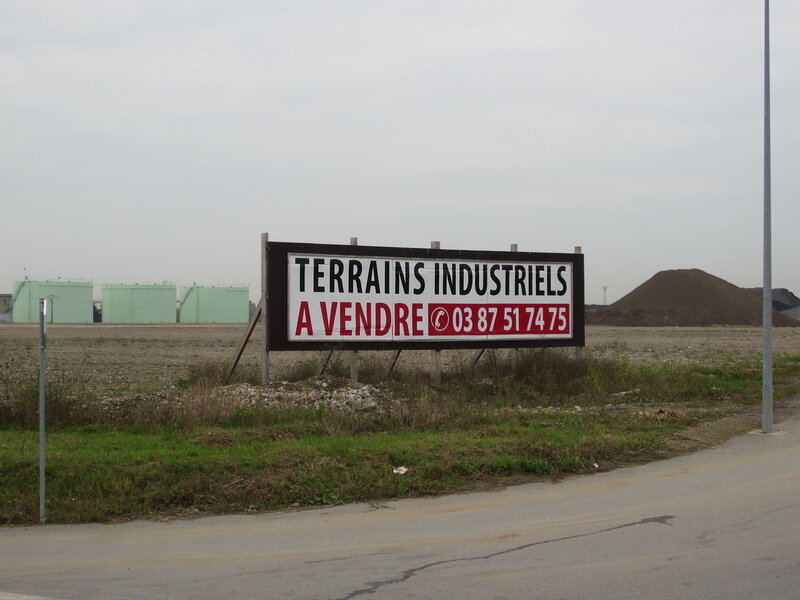 By 11:30 I reached Thionville, the middle point of my journey. Keeping in mind my harp lesson in the evening, I decided not to stop and passed the town along the bank of the river. The next several hours I spent enjoying nice weather and following signs on the path. I got lost only 3 times 🙂 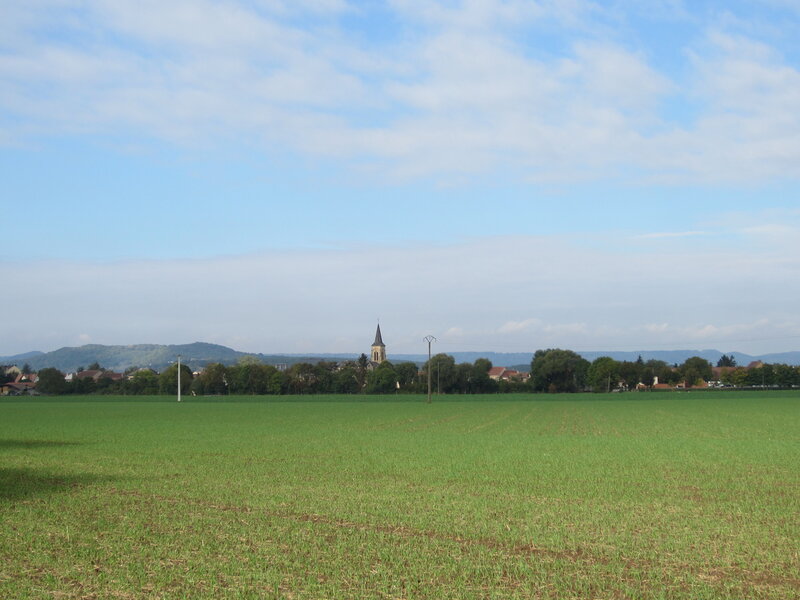 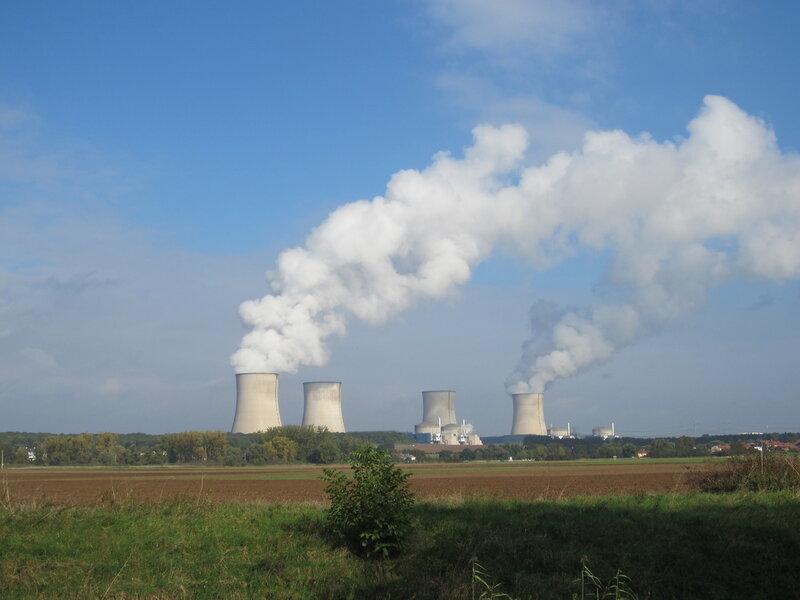 Almost at the end, near Rettel, I faced a problem. Namely, I was facing a sign that said “Route barrée”. After bypassing that part through the nearest village, I returned to the cycling path and saw the same sign again. Without any info where I can actually go instead. This time I decided that I don’t care and continued regardless of the sign. The route wasn’t barrée that badly, well, for cars may be, but not for my bike 🙂 The road led me to Sierck-les-Bains, a village located almost at the 3 borders. Don’t know why, but all the bakeries, as well as the other shops were closed. No coffee again. WTF?? I want coffee!!! 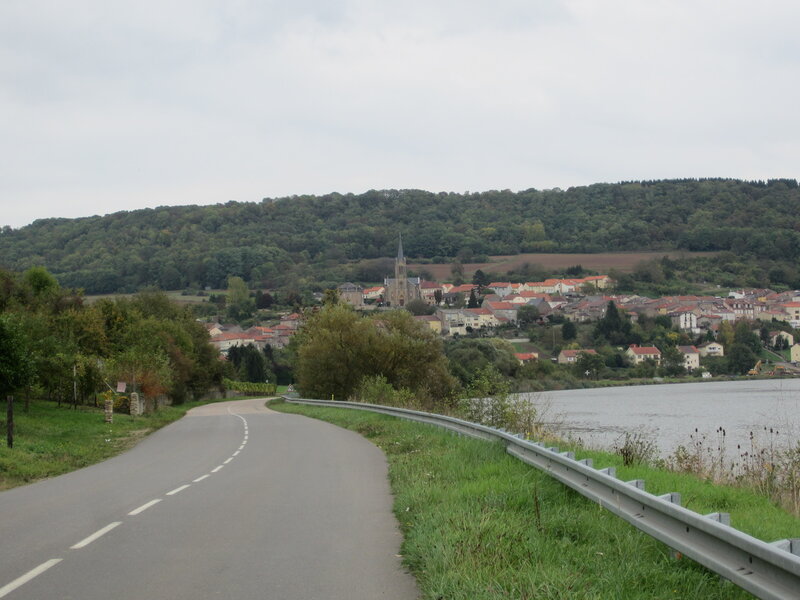 After lunch in a local supermarket, I continued the ride. At 15h I finally arrived in Schengen. From there only 9 km more to Remich, where I took a bus to the city at 15:40.

The coffee I was dreaming about the whole day finally happened at Gare Centrale. That was the end of my one-day cycling trip. And I even managed to show up at the Conservatoire on time!